An Open Letter to the College Community 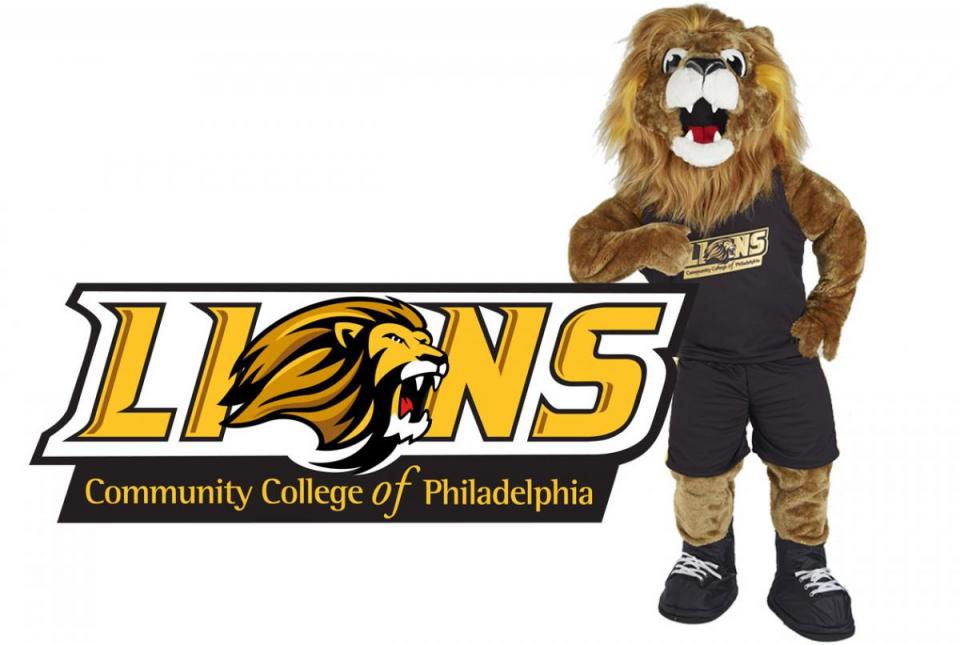 This is the story of a lion named Roary, and how they came to call Community College of Philadelphia home.

Like so many of us in this nation of immigrants, Roary’s family moved to the United States when Roary was just a cub. They left their pride in Chief’s Island in Botswana’s Oskavango Delta seeking a better life for Roary. They loved the lush swamps and sweeping savannahs of Chief’s Island almost as much as they loved their unique pride, where all lions—regardless of gender—sport thick manes. But the call of the land of freedom and opportunity was a roar they just could not ignore.

Roary and their family made a home in Philadelphia, where they knew they would find a new, welcoming pride with the same sense of community that comforted them on Chief’s Island. They loved the city of neighborhoods, each proud of its own history, diversity and identity. They prowled Fishtown, Port Richmond, Roxborough, Strawberry Mansion, West Oak Lane, Germantown, Chinatown, the Gayborhood, Chestnut Hill, Bustleton and the many other neighborhoods SEPTA took them. From the Delaware to the Schuylkill, from Kelly Drive to I-95, from South Philly to the Great Northeast, Philadelphia became Roary’s jawn. But it wasn’t until Roary first climbed the stairs to Community College of Philadelphia’s Mint Building and was greeted by the brass lions guarding the entrance that they truly felt at home.

A self-confessed foodie, Philadelphia’s food scene may be one of Roary’s greatest loves. Soft pretzels, wooder ice and a cheesesteak wit, Roary has an appetite for it all. One of their favorite things to do is grab some Peanut Chews, head out to the Plat and watch the sun set behind the city’s skyline. To keep fit after indulging in their favorite Philly treats, Roary climbs the stairs of the Philadelphia Museum of Art and goes for a long run along Kelly Drive in Fairmount Park, passing Boathouse Row, crossing the East Falls Bridge, winding their way home on West River Drive, taking in the beauty of the nation’s largest urban park along the way.

Roary made their debut as Community College of Philadelphia’s mascot on September 17, 2019. Welcome Roary, to the Lions pride. Go Lions! #CCPpride #CCPLions 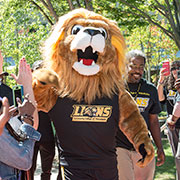 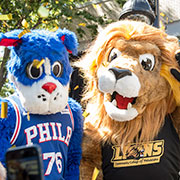 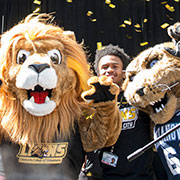 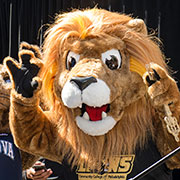 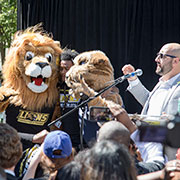 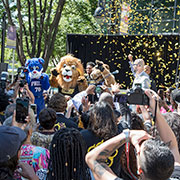 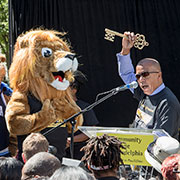 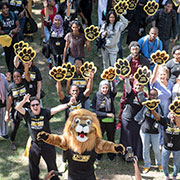