All Spring 2021 classes will be held online, and all admissions and student support services are available remotely. Visit the Virtual Student Resource Center to access the assistance you need.

Welcome to the Student Leadership awards page for the 2019-2020 school year!

Each year, the Division of Academic and Student Success hosts the Annual Student Leadership Awards Ceremony. The College family is asked to take the time to celebrate those students who have made significant contributions to Community College of Philadelphia and/or the greater Philadelphia community.   Congratulations to our students, for their exceptional achievements.

Did you miss the SGA/PTK and Vanguard Inauguration? Watch the Zoom recording. (passcode: XYNUj!^9)

“Bundy did the most for the student body, including mentor at the college’s Center for Male Engagement, served twice as president of the Student Government Association, and made an emotional speech at the College’s 52nd Commencement Ceremony.  He was a member of the 2018 All-Pennsylvania Academic Team, the Phi Theta Kappa Honor Society, a recipient of the Whyatt Mondesire Community Impact Scholarship and the first CCP student to do dual enrollment at Rutgers University: Camden Campus. While Bundy is gone, he will not be forgotten by his friends and family on campus in the future.” 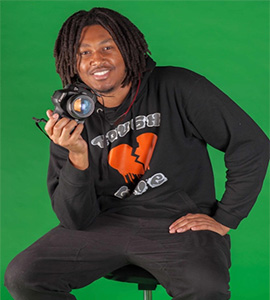 Set to graduate from Lion Nation May 2021, Malik is a twenty-four-year-old extraordinarily passionate photographer based out of Philadelphia, Pennsylvania.

Malik served as a Center for Male Engagement Peer tutor, received an Emerging Leader award, earned an internship with Jackson Cor as a photographer that motivated him to start his own business. He also was received an Academic award for Photography at Community College of Philadelphia.

Growing up in North Philadelphia; Malik always had a creative background. It was not until his second year at Community College of Philadelphia where we would find his love for photography. It started off with him using his Mentors' camera to document pictures off campus and on campus for the Center For Male Engagement, the Philadelphia L.E.A.D.S Student Leadership Retreat 2017 and for various events for the Center for Student Leadership Development, just to name a few. With the encouragement from friends and family to give photography a try; Malik decided to go full time with photography and never look back. Malik is the proud owner of PVPhotography215.

Malik's current work are dedicated to his self quarantine. Get to know Malik Harris, the Troy A. Bundy Trailblazer Award winner, view his video Walk with Me: Malik's Story. 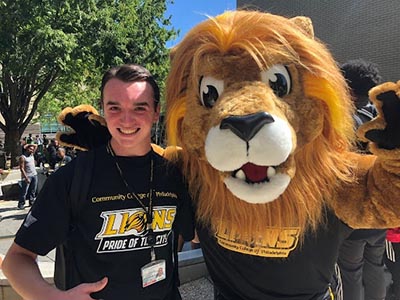 Service is written into the mission of the College. The individual or club who receives the Outstanding Service Award has gone above and beyond in living this aspect of the College mission. The recipient has volunteered at the College and/or in the community with a commitment to service that is clearly demonstrated in their actions. 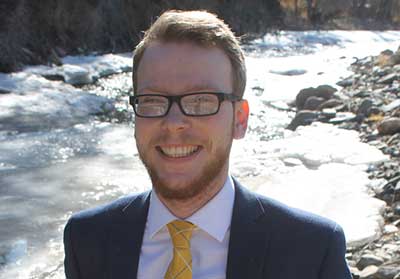 Benjamin Nixon, the vice president of fellowship for CCP's Phi Theta Kappa chapter Rho Upsilon as well as a Democracy Fellow with the nationwide non-partisan Campus Vote Project. I worked closely with the Institute for Community Engagement and Civic Leadership to make CCP a Voter-Friendly Campus and expand the Democracy Fellowship to more students. I had two amazing experiences stem from my involvement with each group. One was volunteering for the MLK Day of Service at Girard College and registering two former felons to vote when they thought they lost their right to vote because they were formerly incarcerated - former felons can vote in PA! I was also invited to volunteer for an expungement clinic with the Philadelphia Lawyers for Social Equity where I was able to help erase records of individuals who had non-conviction arrests on their records that negatively impacted their interactions with law enforcement, SNAP, housing, and employment.

The Dean’s Leadership Award. Awarded by the Dean of Students.

This student recipient is selected from among those nominated by the leadership team within the Division of Student Development. The student selected should demonstrate a deep passion and commitment to serving the College community and has exemplified the true spirit of a servant-leader. The Dean of Students awards a student or students that have exemplified a full year of consistent and outstanding student leadership that is viewed as a shining example of student excellence and success. 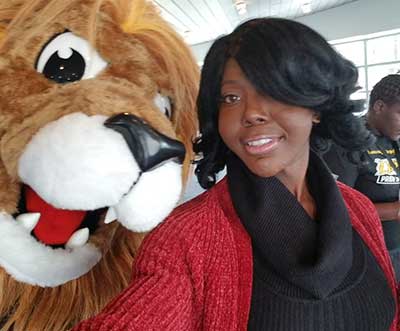 Kendall embodies excellence as both an academic and a community advocate.  She serves on several advisory boards, including the College’s LGBTQ Center, the Mazzoni LGBTQ Health Center and the William Way LGBTQ Recreational Center. Recently, Kendall was given William Way’s New Emerging Leader Award, she was named Person of the Year by Philadelphia Gay News and she was chosen as a 2020 DREAM Scholar.  In March, she was selected for the 2020 All-USA Academic Team. Recognized as the top-scoring student from Pennsylvania in the program, she was also selected as New Century Transfer Pathway Scholar for Pennsylvania. Only 20 students from more than 2,000 nominations are named to the prestigious All-USA Academic Team.

Her goal is to drive social justice and cultural awareness in the College community by spreading the message of inclusivity to students, faculty, board members and beyond. One day she hopes to become a social worker to help increase the visibility, inclusivity and acceptance of the trans community in mainstream society.